The 30 Best Clothing Items in My Cart Under $30 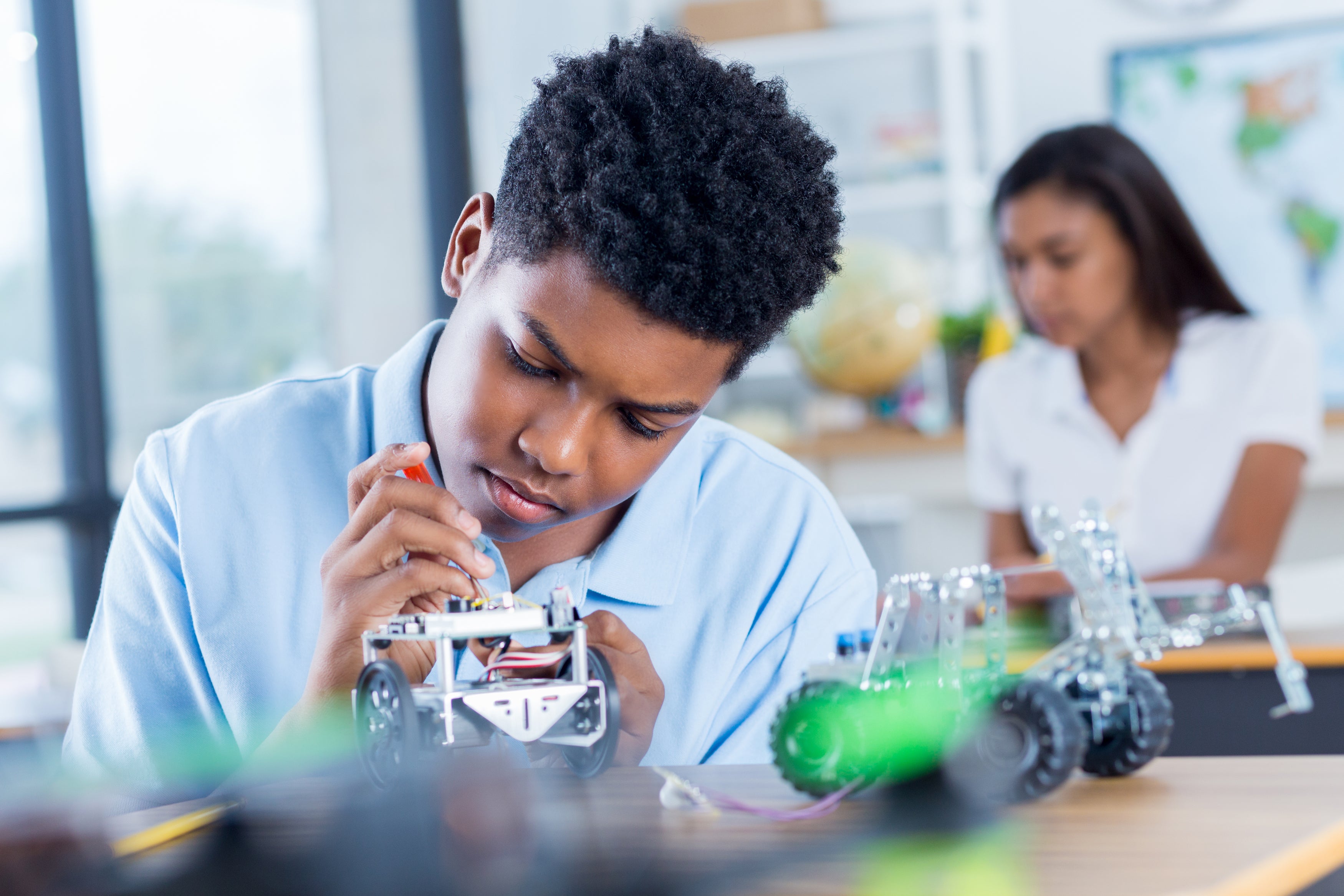 For the past several years, I’ve lived as a science evangelist, crisscrossing the country and preaching the gospel of the importance of getting a STEM (science, technology, engineering and math) education. My work began with my TED talk in 2012, when I exchanged the security of a lab bench for an assortment of unfamiliar podiums. After witnessing STEM education evolve over the past eight years, however, I have come to believe that it requires a course correction. It needs to head in the direction of its core mission, which is now different from what most people think.

STEM touches all parts of our culture, which is why many policy makers will say our nation needs a skilled technical workforce, as the National Science Board claims in its January 2020 report The State of U.S. Science and Engineering. But the function of a STEM education is much more than training people for great jobs. As the scholar and activist W.E.B. DuBois wrote, “the object of all true education is not to make men carpenters, it is to make carpenters men.” All children need some form of STEM—whether they choose to pursue a career in it or not—so that they can be pilots and not just passengers in this technological age.

A quality education in these all-important technical fields nurtures the asking of questions, which will prepare future citizens to navigate societal shifts caused by the technologies that are created. When students are empowered to ask questions, they are able to be more than just cogs in a machine. For this reason, technical training today should not be solely in the business of making better coders but of making better people who will be able to cultivate the future.

Critical thinking—which is a STEM virtue that is employed by inventors to build technologies—should also be applied to the technologies that they build. Technology shapes society, and such an analysis is imperative at all stages of design. When writing my book The Alchemy of Us, I stumbled onto surprising ways that technology has molded us. I found that ordinary inventions, such as the light bulb, the telegraph and the computer, altered our health, modified the English language and transformed the way we think. Scientists and inventors don’t commonly ponder such outcomes of their inventions. They use the principles of science, technology, engineering and math to make things. But scientists, as well as society, must consider that what we make has consequences—intended and unintended. Those who study STEM are not trained with the skills to assess the impacts of their innovations, but they should be.

It isn’t their fault entirely. Students are doing what they are taught to do and following the Silicon Valley mantra to seek forgiveness, not permission. This intrepidness will—and already has—bitten back, as evidenced by Facebook, the poster child of the information age, which has become a platform of misinformation. There are ramifications to what we build. And currently, the consideration of these outcomes is often outsourced to the social sciences, law and the humanities long after Pandora’s box has been opened. These considerations should occur at the ideation stage. As such, we must provide the practitioners of STEM some training in how their creations touch many facets of our lives as a way to build a sensitivity to the social roles that technologies play.

I have experienced the limitation of how we teach STEM and the blind spots it creates. When traveling, I regularly encounter a certain East Coast airport bathroom where the automatic water faucet will not work for me. When I stand in front of this spout, I must unnaturally stretch my hand out in front of the light sensor. This way, the sensor detects the light bouncing from my lighter-colored palm, which lets the water flow. When I use the top side of my brown hand, which absorbs more light, the sensor does not detect it, so the water will not come out. There is a bias built into the faucet, presumably because engineers of a particular demographic tested the appliance on themselves and a few similar people.

Admittedly, a nonoperating water faucet is an annoyance, but medical treatments are not. A recent paper in Science shows that racial biases exist in the algorithms used in hospitals for how they choose care. If you study STEM, you are not told to be critical of your social assumptions when making something, just to consider your engineering assumptions. But STEM is not just a combination of letters, it is part of life.

With technologies such as driverless cars on the horizon, students will take away the steering wheel, but the ethical decisions within their code is not within their wheelhouse. Deep in the algorithms of driverless cars will be decisions of who survives an accident and who does not. Coders should not be making these decisions without conversations with philosophers and ethicists. STEM was created to merge isolated technical fields, but its next step is not to be siloed from the rest of the world.

Even the well-intentioned Next Generation Science Standards (NGSS) used in classrooms are not able to overcome how most people are experiencing STEM. Most Americans give STEM education in K-12 classrooms a middling grade, according to the Pew Research Center. And, half of American adults believe that more students do not pursue a STEM degree in college because they perceive the field’s subjects as too hard. Classrooms are only part of the dilemma.  Outside the classroom, whiz-bang YouTube videos, motivated to acquire “likes” and “follows,” focus on showing science amusements and oddities. Moreover there is the overall conundrum of communicating science: Scientists earn advance degrees often without the tools to explain science to the public. And the public, in turn, seeks out spectacle.

There are also those who have the ability to engage audiences but sometimes do not have the science expertise to illustrate the nuance of the concepts they explain. There is a disconnect between learning STEM and being entertained by it. As such, students do not come away with a deeper understanding of STEM or gain an awareness of the responsibility its practice possesses.

We need to put STEM into a larger system, and doing so requires a dose of the humanities. We need STEM students to be thoughtful about the impact of inventions. STEM should be inclusive; it should be mission-driven to make all student critical thinkers; it should have a social and humanities component; and lastly, its final products must have oversight. If not, STEM education is nothing more than making more gears for a machine that will eventually surpass humanity and manifest a future without a place for everyone in it.

Cutout Clothing Is the New Naked Trend for 2020

Some Humans Are Carrying DNA From an Unknown Ancient Ancestor

Scientists Have Been Sending Signals to The Moon. They Finally Got One Back