How to Stick to Classic Style While WFH

The Trump Administration Versus Children 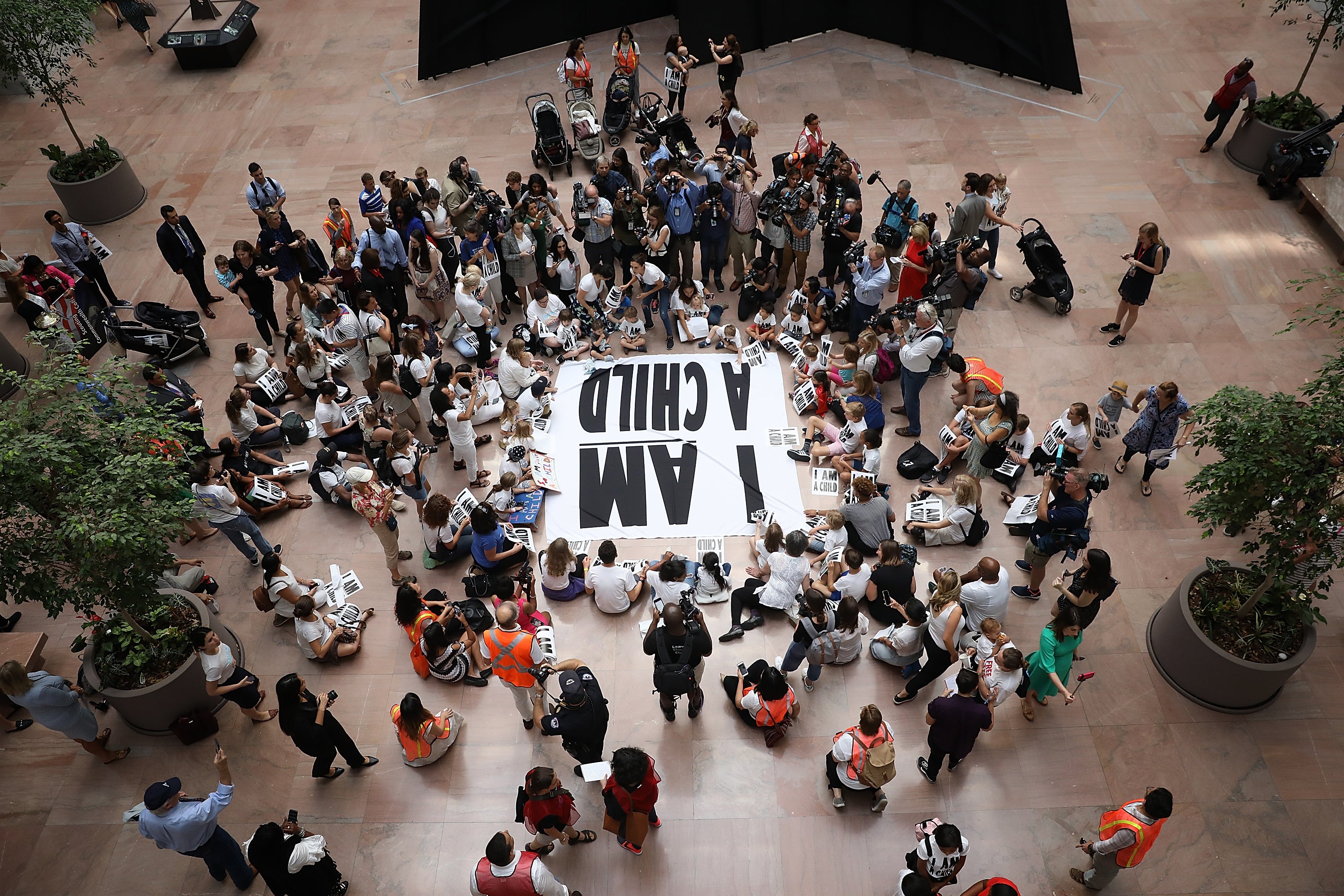 Child-safe car seats. Lead-free toys. Child-resistant packaging on household items. Safeguards to keep hazardous pollution and chemical contamination in check. Over the years, our government put science-informed safeguards in place to protect kids from these and other hazards, driving innovation and helping kids lead healthier lives. Children deserve access to clean water and air, safe food, and healthy and secure environments in which to live, learn, and play. They deserve a government that has their back.

A new report from the Union of Concerned Scientists, titled Endangering Generations: How the Trump Administration’s Assault on Science Is Harming Children’s Health, documents the way that federal agencies have ignoring scientists and advisors and making decisions that go against firmly grounded scientific evidence and public interest. In ten different case studies, we illustrate the concrete impacts of decisions to roll back or weaken environmental or public health policies, impacts that uniquely affect children in both the short term and the long term.

The effects of some Trump administration decisions are already being felt by children and families.

Weaker air-pollution rules could expose children to higher levels of contaminants like fine particulate matter and ground-level ozone, resulting in hundreds of thousands of asthma attacks, respiratory illness and missed school days that could have been prevented. Inhumane policies at the U.S.-Mexico border have meant the separation of children from their loved ones, which threatens the immediate and long-term physical and mental health of children and family members who have already been through unimaginably difficult circumstances.

The administration is endangering children’s development and long-term health when it abandons science-based rules. Protections have been rolled back that should prevent exposure to toxic substances like lead, asbestos, chlorpyrifos and per- and polyfluoroalkyl substances (PFAS). The administration has also issued several rules restricting access to food assistance programs that keep millions out of poverty.

Environmental pollutants are particularly harmful to babies and children from before birth to age eight because their bodily systems are still developing. They are not just little adults; they eat, drink and breathe more relative to their body size, making their exposure to toxic substances more pronounced. Early life exposure can affect a child’s development, both physical and mental, throughout their life span.

Lead is a potent neurotoxin and there is no safe level of lead in children’s blood. Despite this, the Trump administration’s update to the lead and copper rule has actually decreased efforts to reduce childhood exposure, including cutting in half the number of lead water service systems that must be replaced. The EPA has also failed to tighten the standard for lead-based paint, and its inspector general criticized the agency’s enforcement of the lead-based paint renovation, repair and painting rule. The Government Accountability Office has called out the Department of Housing and Urban Development (HUD) for inadequate oversight of a lead paint inspection program, noting that only about one third of public housing developments were inspected for lead in 2017.

PFAS are synthetic chemicals used in a variety of products to repel water and grease. These chemicals are found in the blood of 99 percent of people tested, yet they are largely unregulated in the United States. The Trump administration tried to bury a government study showing risks of exposure to PFAS at levels lower than previously thought and has since failed to take adequate action to protect affected communities.

Our analysis shows that three million children attend school or childcare facilities within five miles of sites contaminated by PFAS, putting them at a potentially higher risk of negative health effects including decreased response to vaccines, increased asthma risk and damage to kidney functions. A recent Environmental Working Group study tested drinking water across the country and found that the place with highest levels of PFAS—over 10 times the Agency for Toxic Substances and Disease Control’s safe level—was an elementary school in North Carolina.

The EPA also failed to ban agricultural uses of the pesticide chlorpyrifos, a move that went against the advice of its own scientists and the broader scientific community. Our analysis found that nearly two million children under age five living in agricultural communities are likely facing increased risk of harm to their brains and nervous systems.

The administration has issued several different proposals aimed at cutting coverage under the Supplemental Nutritional Assistance Program (SNAP), which could mean the end of food assistance to millions of children in low-income households, undermining these children’s health, educational success and future economic prospects.

The Trump administration’s dismissals of the risks of climate change, and its unwillingness to make progress to reduce emissions that have created this global crisis, pose a special danger to children, who will be most vulnerable to the diseases and health problems linked to extreme heat. A 2019 Lancet study, co-authored by 70 researchers, found that the global rise in temperature will be most dramatically felt by children in the form of undernutrition, dengue fever and other diarrheal diseases, electrolyte imbalance, fever, asthma and kidney disease. The Trump administration’s decision to pull out of the Paris Agreement and weakening of policies designed to limit emissions has meant that the health of a child born today is likely to be defined by a changing climate.

The current administration has not only rolled back protections that will leave children more exposed to harms from toxic chemicals in the water, air and products used in homes, but also has actively hampered the production of new knowledge about how children are uniquely affected and has threatened protections for women of reproductive age. Children of color and low-income children will bear the brunt of these impacts, as many policies could cut the programs like SNAP that were put in place to lift children and families out of poverty. The policies of separating immigrant children from their parents and detaining children in harsh conditions pose long-term risks to these children’s mental and physical well-being.

These policy changes fly in the face of all the scientific evidence, and if they continue, they’ll make it harder for future generations of children to lead happy, healthy lives.

Parents want to keep their kids safe and healthy, but they need help. Our elected leaders must put the well-being of children first and use the best available science to protect their health.

The 17 Best Eye Makeup Removers for Mascara and Eyeliner

Fruit Flies Plug into the Matrix