The Kissing Booth Actor On The Mend From Heat Damage

Chemistry Experiment Produces The Brightest Fluorescent Materials Ever Made 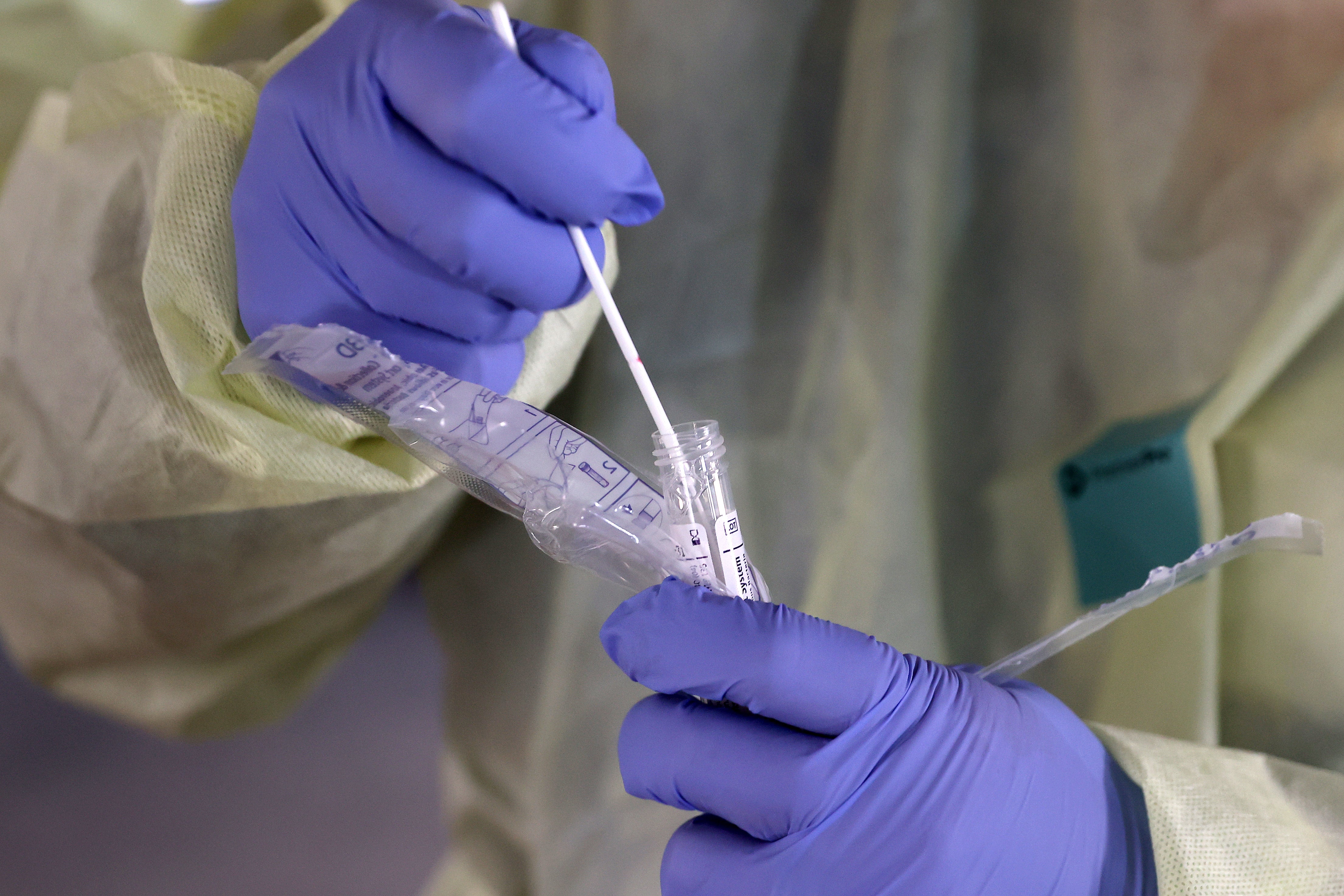 Several states are reporting only positive COVID-19 test results from private labs, a practice that paints a misleading picture of how fast the disease is spreading.

Maryland, Ohio and others are posting the numbers of new positive tests and deaths, for instance, but don’t report the negative results, which would help show how many people were tested overall.

“This matters because it gives you a false sense of what is going on in a particular location,” said Dr. Eric Topol, director of the Scripps Research Translational Institute. He said states should be required to report both positive and negative results for review by public health experts.

“They should all be pulled together,” Topol said. “It should be automatic.”

Many states display a more comprehensive picture of their pandemic data, including the total numbers of tests run and those yielding negative results.

The COVID Tracking Project, a private effort to collect testing information nationwide, has found at least nine states that have reported complete results only from state labs, or are missing some reports on negative results.

Melanie Amato, press secretary for the Ohio Department of Health, said her state is collecting only positive test results as many private labs have begun testing residents. As of Tuesday afternoon, the state reported 564 confirmed cases, 145 hospitalizations and eight deaths on its website.

“We don’t require private labs to report negative labs in any infectious disease,” she said. Asked if that policy might change, she said: “That is a discussion for later down the road.”

Similarly, the Maryland Department of Health “is currently reporting the number of positive cases only. We are working on a process to provide timely testing number data,” the department told KHN in a statement, adding: “We will provide additional information as soon as it is available.” As of Tuesday afternoon, the state was reporting 349 confirmed cases.

In states that do report all test results, the rate of infections varies widely, with some reporting 5% or fewer tests as positive, while others confirm the virus in 10% or more of specimens. The results can change by the day. As of Tuesday, Utah reported 298 confirmed cases out of 5,823 tested, or about 5% positives. Officials noted that some results may have a lag time of up to 72 hours.

Florida officials had conducted 10,338 tests as of Sunday, of which 1,007 were positive, for a rate just under 10%. Florida officials said they partnered with commercial labs to “increase the number of tests conducted each day and ensure Floridians receive the critical health information they need in a timely manner.”

As of Monday afternoon, hard-hit Washington state had reported 2,221 positive test results and 31,712 negatives, for a positive rate of 7%. The state also reported 110 deaths.

Having a more complete picture in those states that limit reporting “could provide useful information of tracking transmission and timing,” said Charles Root, a veteran laboratory consultant in Chicago.

The U.S Surgeon General’s Office on Sunday tweeted: “not all labs are reporting yet (or promptly), but the ones that do, report that 90% of tests (which are usually people exposed or w/ symptoms) are #COVID19 negative. That means even among the highest risk people, most don’t have #coronavirus…”

It’s unclear how federal authorities are adjusting to underreporting of negative tests, which could blur what’s actually happening across the country.

“We also reminded the governors today that all state laboratories, all hospital laboratories are now required by law to report the results of coronavirus tests to the CDC,” Vice President Mike Pence said, according to a transcript of the White House briefing.

Topol said the nation wasted precious time by not marshaling the resources to test large numbers of people over the past two months—and tallying all results.

“We should be doing a massive screening, a million people randomly by age and gender to get our arms around it,” he said. “If we do that, we would get answers. Until then, we don’t have any clue. It is all very fuzzy.”

Complicating things further, criteria for testing people have changed as COVID-19 cases soared. At a New Jersey drive-thru testing site on Monday, an electronic sign flashed the message: “No symptoms. No Test.” Other areas have allowed doctors to order tests when people suspect they might have been in contact with someone who had the disease.

The federal Centers for Disease Control and Prevention website says: “Not everyone needs to be tested for COVID-19.”

The CDC also notes that most people have mild illness and will recover at home, adding “there is no treatment specifically approved for this virus.”

Decisions about testing “are at the discretion of state and local health departments and/or individual clinicians,” it says. The agency notes that older adults and individuals with chronic medical conditions and/or an immunocompromised state may be at “higher risk for poor outcomes.”

And as the disease has spread, hard-hit areas have asked that tests be reserved for people in the hospital and health care workers, both to ensure they can stay on the job and to conserve protective gear.

Former Food and Drug Administration Commissioner Scott Gottlieb in a tweet last week noted that the nationwide 10% figure for positive test results is “significantly higher” than in the United Kingdom, South Korea and China.

“Until we see the positivity rate decline significantly, we are still not screening enough,” Gottlieb wrote.

This story was originally published by Kaiser Health News on March 25 2020. Read the original story here.

Dolce Vita Shoes | Who What Wear

Chemistry Experiment Produces The Brightest Fluorescent Materials Ever Made

The Chance of Identical Fingerprints: 1 in 64 trillion