The Best Affordable Denim-and-Boot Outfits to Wear This Fall

Readers Respond to the May 2020 Issue 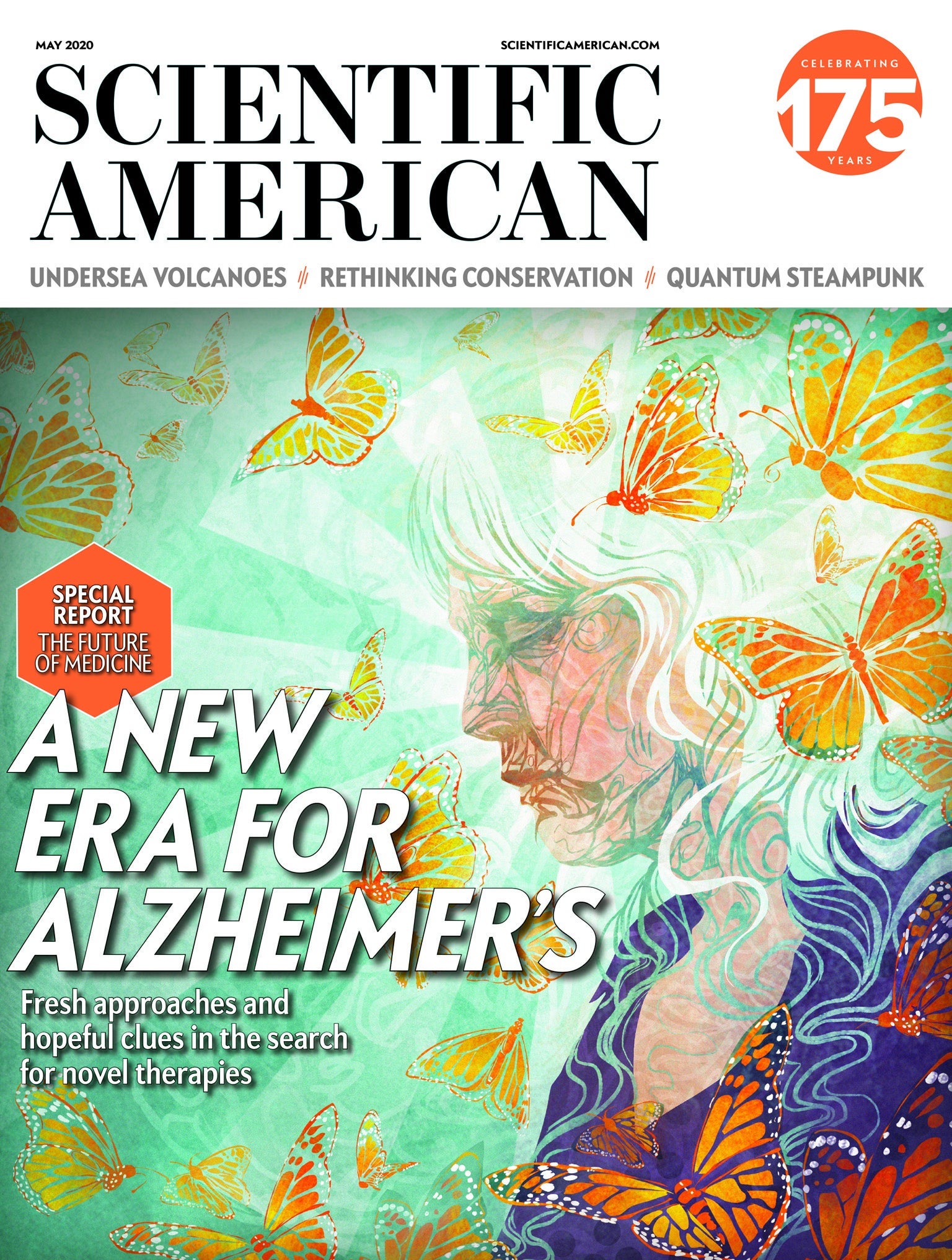 An important through line in the special report on “A New Era for Alzheimer’s” [The Future of Medicine] is the potential impact of lifestyle in modulating the risk of cognitive decline and dementia.

Three European countries—Finland, France and the Netherlands—have completed pioneering dementia-prevention trials in community-dwelling seniors. They show it is possible to reduce the risk of cognitive decline in older adults using a multidomain lifestyle intervention. And in 2018 the SPRINT MIND study reported significant reductions in the risk of mild cognitive impairment and of the combination of such impairment and dementia through aggressive lowering of systolic blood pressure.

Also, the Alzheimer’s Association U.S. Study to Protect Brain Health through Lifestyle Intervention to Reduce Risk (U.S. POINTER) is recruiting participants now. Over two years this clinical trial will evaluate whether lifestyle interventions that target many risk factors simultaneously can protect cognitive function in older adults who are at increased risk for cognitive decline.

This line of research has exciting possibilities for Alzheimer’s and all other dementias—as is apparent from its inclusion in heart disease treatment and prevention. The Alzheimer’s Association and its collaborators appreciate your coverage on developments in Alzheimer’s, as we continue to drive science forward.

In “The Human Toll of Alzheimer’s” [The Future of Medicine], Joel Shurkin describes the loss of his wife to the disease. For 13 years and counting, I have accompanied my wife on her “unwelcome journey” with early-onset Alzheimer’s, so I have great empathy with Shurkin. But my perspective is just a little different. Kathleen, my sweetheart of 45 years, has forgotten how to walk, use a fork or string a sentence together. She is living as an eight-year-old, so she cannot process her relationship to our daughter, grandkids or me. But Kathleen is still Kathleen. She has lost much, but she is the person I married. None of us is the same person as we were years ago, as Kathleen often reminded me. Fifty years ago I was young and stupid; now I’m not young.

People with dementia are exactly that: people, albeit changed. They lose capabilities they once had but never lose their personhood. A year ago a physician told me, “They’re gone. There’s no point in visiting them.” Seldom expressed so bluntly, this terrible notion is common and underlies much of the care for people in the late stages of Alzheimer’s or other dementias. We should never stop respecting these individuals for who they still are. And we should lovingly be with them as their unwelcome journeys conclude. We have no cure, but we must never stop caring.

Claudia Wallis’s otherwise thoughtful and informative article, “Euthanasia and a Final Gift” [The Science of Health], conflates euthanasia and MAID (medical assistance in dying). Doing so is likely to add confusion to an already fraught policy issue for people in the U.S. and possibly also in Canada.

There are immense legal, psychological and ethical differences between the two practices: Euthanasia refers to an action taken to end a patient’s life that is carried out by someone other than the patient (typically a physician). It is usually performed by intravenous injection. MAID involves an action taken by a patient who has requested and obtained lethal medication from a physician under a carefully controlled, legally mandated protocol. The patient maintains full control over when to ingest the medication or whether to take it at all.

Wallis states that organ donation “works well after MAID because patients die quickly from the intravenous euthanasia drugs.” Yet whereas euthanasia is legal in Canada, it is illegal in all U.S. jurisdictions and is thus never an element of MAID in our country.

WALLIS REPLIES: Certainly there are differences between euthanasia and MAID, as Rogatz notes. But in Canada, which was the context of this column, the distinction is not so clear-cut, and the term “euthanasia” is sometimes used for MAID. As of January 31, the province of Ontario had processed 4,521 cases of MAID. In all but two of them, medical personnel administered an intravenous cocktail to end life. Self-administration, I learned, is rare in Canada.

In “Massif Redo,” William H. Sager describes his epiphany on realizing that the Tamu Massif volcano resulted from spreading tectonic plates, not from the “layer cake” buildup of eruptions that typically create such shield volcanoes on land. But isn’t the process he describes the same as the one that formed Iceland?

SAGER REPLIES: That inference seems reasonable up to a point. Iceland was formed by a hotspot centered on the Mid-Atlantic Ridge, and many scientists attribute this hotspot to a deep plume of molten material rising from the mantle. There are indeed magnetic anomaly stripes that go through Iceland, although the activity of the island’s volcanoes perturbs those stripes, so they are hard to follow. Tamu Massif may be similar. But it formed within a much shorter time frame, and its stripes show it did so during a reorientation of the spreading direction (which is not so much the case for Iceland). Further, the stripes are more clearly expressed for Tamu Massif, and that volcano was never an island, whereas Iceland is a massive one.

For now we can’t say whether Iceland and Tamu Massif are siblings, cousins or unrelated. Few undersea volcanoes are as well mapped as Tamu Massif, and our data set is a long way from being as good as we would like.

The editorial “Get Out of Our Faces” [Science Agenda] identifies many of the problems with facial-recognition technology and the need for regulation. What it fails to highlight is the unwitting forfeiture of privacy we commonly enable with our use of technology. It is quite possible for a corporation or government to, say, correlate pictures and names from Facebook and other social accounts into a facial-recognition database.

There is no real privacy anymore with the current social standard of posting photographs of everything you and your friends do. Along with the proliferation of ATM, traffic-control and security cameras, the futuristic films that deal with tracking a person’s movements with these images are not far off. As the editors say, much of this is here already, and we are lacking both regulation and public enlightenment.

I commend Dava Sobel for her selection of Janet MacFadyen’s “The Boulders of Lyell Canyon” for the Meter column. I appreciate the introduction to a new major poet. I am a retired teacher of poetry, and if I have any strengths, they are in the analysis of rhythm and of figurative language, the two most essential elements of excellent complex poetry. This poem is an outstanding, astounding example.

We Need to Do More Research on Honesty