The 8 Best Fall Clothing Pieces for Petite Women, Hands Down

How New Mexico Controlled the Spread of COVID-19 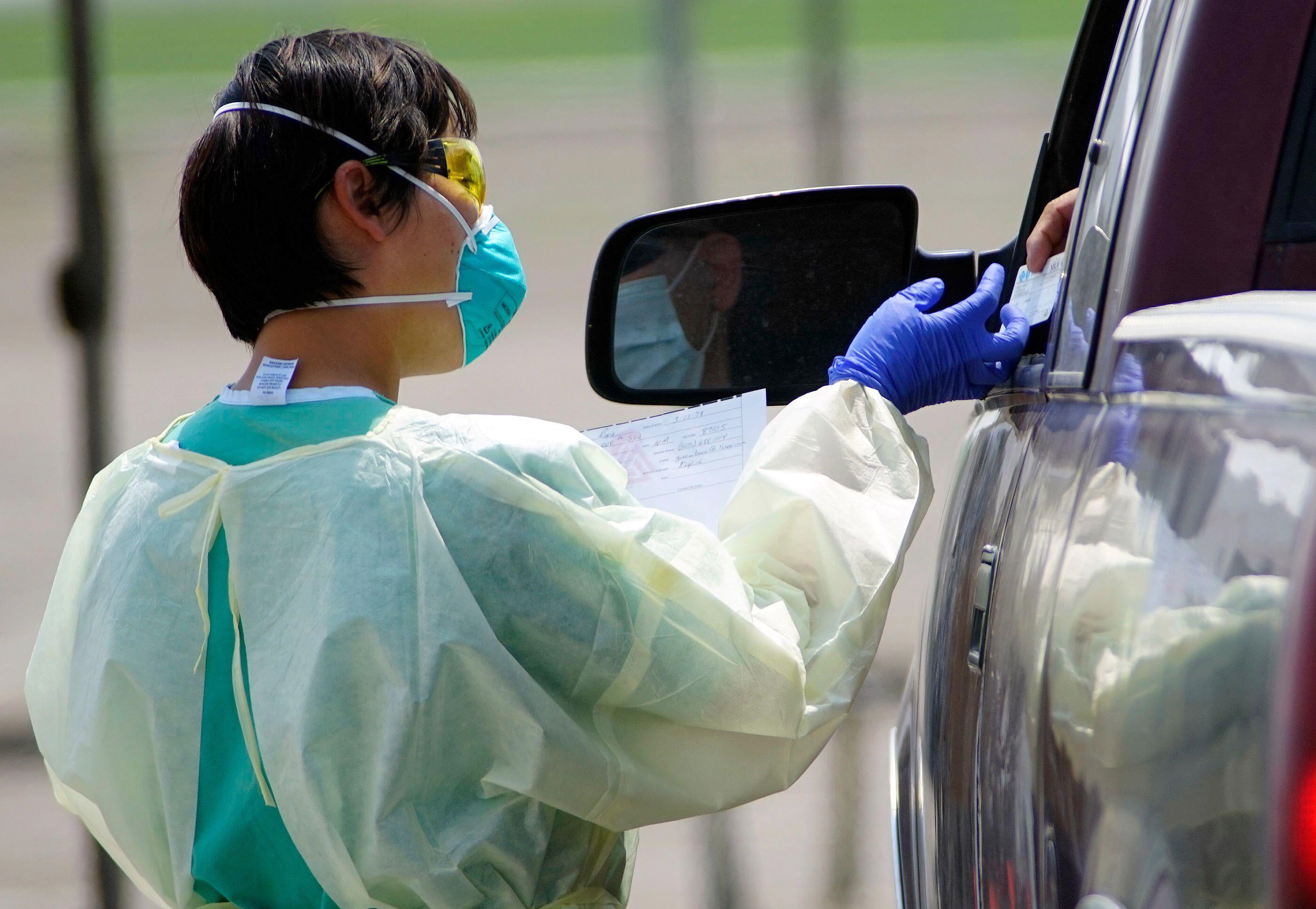 There is a joke in New Mexico that the rest of the country does not know the state is part of the U.S. This summer, as cases of COVID-19 surged in many parts of the nation, New Mexico really did seem to stand apart. While Arizona and Texas, its neighbors to the west and east, loosened activity and business restrictions and then experienced alarming increases in COVID-19 numbers, New Mexico kept a tighter grip on the spread of the contagion. To date, Arizona has had more than twice as many cases and nearly twice as many deaths as New Mexico has per 100,000 people. The latter state also has far fewer cases and deaths per 100,000 than Texas.

New Mexico’s governor Michelle Lujan Grisham has taken an aggressive approach toward the pandemic. She declared a statewide emergency on March 11, the same day the state had its first positive case. She closed K–12 schools two days later, and quickly issued public health orders to limit public gatherings and shut down nonessential businesses. New Mexico began a widespread virus testing program for residents to curtail the spread (testing availability and delays are still problems in many other states). And on May 16 the state instituted a mask mandate. In June restaurants were allowed to open indoor dining at limited capacity, but in the middle of July permission was rescinded after an uptick in cases. As of September 7, the government has instructed all New Mexicans to “stay home except for outings absolutely necessary for health, safety and welfare.” These actions came with strong public health messages that explained how the moves curtailed disease spread.

The reduction in disease can be seen in New Mexico’s test results. The state has a goal of at least 5,000 assays per day and a 5 percent or less test positivity rate (a metric that reflects the amount of viral transmission). On September 11 the seven-day rolling averages of these two measurements were 4,896 tests daily and a 2.3 percent positivity rate. In comparison, Arizona and Texas had test positivity rates of 6.7 and 8 percent, respectively, at a similar time.

These numbers, as well as the lower death rates, reflect what New Mexicans and their government had done to control infections in the previous months. “Whatever they were doing in May and June looks like it worked a lot better than in Texas and some of these Sunbelt states,” says Lauren Ancel Meyers, executive director of the University of Texas at Austin COVID-19 Modeling Consortium. David Scrase, secretary of New Mexico’s Human Services Department and a physician at the University of New Mexico School of Medicine, agrees. “We have taken a more early and aggressive approach that’s resulted in some real wins,” he says.

Testing has been a crucial part of New Mexico’s strategy. Tests are available to all the state’s residents, whether they are symptomatic or not, and are processed either at New Mexico’s own laboratory or at TriCore Reference Laboratories, an independent organization based in Albuquerque. Both facilities were switched to 24/7 work schedules very early on to maximize testing output. “Eighty percent of the testing is done right here in the state,” Scrase says. “When there was a huge backlog in national labs, that didn’t affect us like it did other states,” because New Mexico was not sending its assays elsewhere. Keeping the program local reduced the time required to transport tests for analysis.

Another advantage for New Mexico is that it has a centralized public health agency, whereas Texas has a regionalized system. In the Lone Star State, that arrangement meant more variable policies and confusing public messaging. Having a centralized agency and a governor who is knowledgeable about disease prevention—Lujan Grisham previously served as the state’s secretary of health—have made it easier for New Mexico to put together a consolidated effort to get things done, says David Morgan, media manager for the New Mexico Department of Health. Early in the spring, the state put together a team of 150 researchers and clinicians to advise its officials, and New Mexico has been “very proactive in implementing science-based decisions,” says Sara Del Valle, a mathematical and computational epidemiologist at Los Alamos National Laboratory.

Modeling the SARS-CoV-2 virus’s transmission patterns is important for understanding ways of containing the outbreak. So in the spring New Mexico created its own modeling project in collaboration with researchers at Sandia National Laboratory and Los Alamos, as well as Presbyterian Healthcare Services, a nonprofit health care system in the state. The team produces several types of models. One is a forecasting model that intends to predict what will happen, given current trends, Del Valle says. The others assist with what-if scenarios to provide insights on how different possible decisions, such as limiting in-person school class size, might affect the virus’s spread. “We’ve been doing a lot of modeling on school reopening,” Del Valle says. The researchers have also been assessing the impact of travelers in the state. Earlier this summer, New Mexico imposed a mandatory 14-day quarantine for most individuals coming in based on the models, and it is still required for people from areas with high numbers of cases.

The state’s models and its system for collecting and tracking data allow its policy makers to make forward-looking, evidence-based decisions, Scrase says. “I have friends in other states working on this, and they feel like they’re always reacting to the case counts, which are something that already happened. It’s like driving this car 90 miles per hour—only looking in the rearview mirror,” he says.

The scientists’ work has not become politicized in the way such projects have in other states. In Arizona, the research team modeling the course of COVID-19 was instructed by Governor Doug Ducey’s administration to halt its work in early May—just as Ducey was directing widespread reopening around the state. The numbers that the team’s models were providing “did not match the reopening approach,” says University of Arizona infectious disease epidemiologist Saskia Popescu. She notes that Ducey’s move was widely criticized as an attempt to suppress data that would contradict the reopening plans. The Arizona researchers were told to continue their work after widespread media coverage and public outcry.

In general, public pushback about activity restrictions in New Mexico has been more muted than in many other places. “We have our share of the political and cultural divide,” says Jeff Dye, president of the New Mexico Hospital Association, but “for the most part, our state has been pretty supportive of our governor.” According to a late July poll, Governor Lujan Grisham had a 53 percent approval rating for her handling of the COVID-19 pandemic.

There have been objections, however. In July the state notified the mayor of the small city of Grants that he was being fined $5,000 for refusing to adhere to its public health orders. The mayor, Martin Hicks, had held a Fourth of July parade in violation of state rules. Hicks is contesting the fine (a hearing is pending).

Despite all the precautions, one group that has been hit disproportionately hard by infections are Native Americans in the state. Although they represent only 11 percent of the state’s population, they accounted for more than half of the state’s initial cases, according to a report published in June. One likely reason is that multigenerational households are common among this group. Disease models from Del Valle’s team indicate that larger households, packed into smaller spaces, make it easier for the virus to spread.

New Mexico’s 22 Native American nations and tribes have met with Lujan Grisham and other agency leaders from the onset, says Brian Vallo, governor of the Pueblo of Acoma, which is one of them. Vallo issued a declaration of public health crisis on March 13 and closed the pueblo’s borders. In May, the state responded to an outbreak in the Navajo Nation by closing all roads coming into the city of Gallup, which serves as a gateway to nearby Native American jurisdictions. The Navajo Nation itself instituted strict health mandates such as mask wearing, stay-at-home orders and weekend lockdowns to contain the virus. “These efforts have significantly contributed toward our management of the virus and its impact on the community,” Vallo says. In early September the Navajo Nation reported its first period without a new case. And Michael Weahkee, director of the Indian Health Service, told the Navajo Times that not only had the nation flattened the curve, but it was “on the downhill slope.”

The state works with Native American groups to provide food and shelter to people who need to quarantine because of COVID-19 or who have lost income, Scrase says. The government set up housing in hotels, for example. Vallo says the Pueblo of Acoma has a “very strong relationship” with Governor Lujan Grisham’s office and her cabinet.

School openings have been a concern in the state, as they have all over in the U.S., and overall low case numbers have allowed New Mexico schools to begin reopening. Some did so with a remote-learning format in August, but the state has now given the go-ahead to school districts and charter schools in 25 counties to allow limited cohorts of students to rotate between remote and in-person learning. Small cohorts are used to reduce the number of students in a classroom at the same time and to maintain social distancing. In order to move to hybrid learning, schools must be located in counties with low rates of positive tests and new daily cases that follow below thresholds established by the New Mexico Department of Health. (As of September 9, most of the state qualified.) Schools must also have an approved plan to address instructional, social-emotional and family engagement. And they need to have comprehensive safety and cleaning protocols in place, as well as rapid response plans in the event of a positive case.

Ultimately, the focus on science may be the biggest factor in New Mexico’s resilience. Del Valle says the state has been “very proactive at implementing science-based decisions.” Scrase adds that “it’s really exciting to have a governor who values science and evidence.” Reopening decisions did take economic interests into account, he notes, but ultimately, they were driven by data about health and safety. “I’m really proud of that,” he says.

The 5 Top Fashion Basics, According to a Stylist

The 18 Best Moisturizers For Dry Skin

Stop Saying Isaac Newton Was an Overachiever in Lockdown. Here’s The Reality