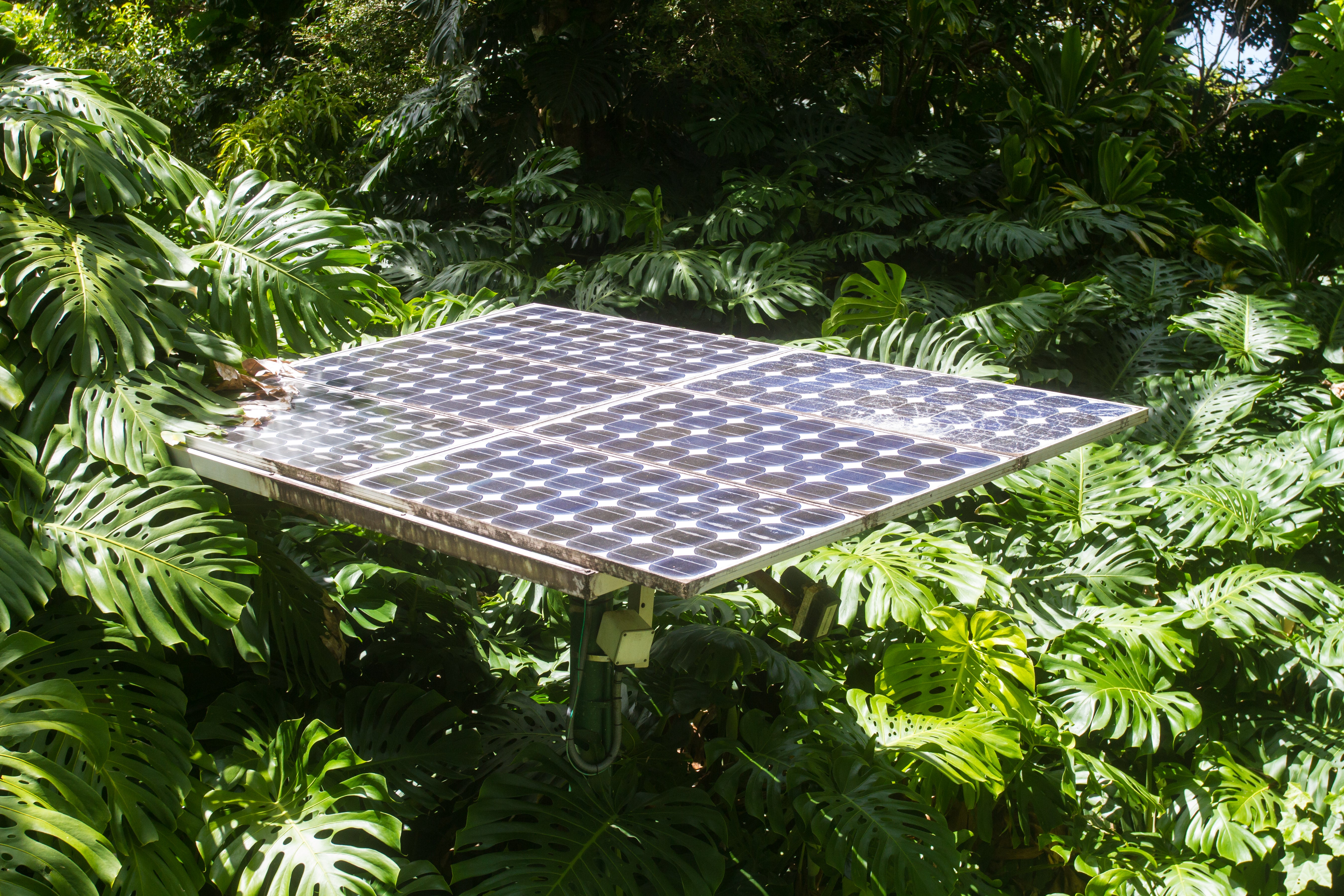 Can a device given the somewhat baffling name of “PV peaker plant” begin to solve some of the nation’s most pressing climate-related energy problems?

That is a question that utilities, some states and most recently the Department of Energy have begun to wrestle with. Among the leaders in this technology exploration are the sun-drenched islands of Hawaii.

During the past four years, while the Trump administration has been focused on reviving the nation’s coal industry, AES Corp., an American company; a rural electric cooperative; and the Navy have been pioneering emissions-free regional systems that are replacing large amounts of fossil-fueled electricity.

They are solar arrays coupled with more efficient and agile control, storage and distribution systems. They can store solar-powered electricity and then use it to meet periods of peak electricity demand in the evening (4 to 10 p.m.) and early morning hours (6 to 9 a.m.) when sunshine is waning or just starting to build.

One of these peaker plants is up and running on Kauai, Hawaii’s fourth-largest island, and another will likely be completed by the end of this year. Now Hawaiian Electric, the company that operates the state’s three largest utilities, has decided to add to the state’s experiments. It’s weighing 75 proposals, many of which use storage for solar, wind-generated power and other relatively new technologies.

Renewable energy storage is a fast-growing business. A recent report by the National Renewable Energy Laboratory (NREL) said new facilities jumped by 93% in the third quarter of 2019. Several of the newest proposals would replace Hawaii’s two largest existing power plants by 2024. They currently burn oil and coal.

Hawaiian Electric and state regulators hope to ease the transition this year with plans to integrate more storage-equipped renewable power plants with some 80,000 private rooftop solar systems—the highest ratio of solar-powered housing in the United States. Among the potential benefits would be substantially reduced levels of carbon dioxide emissions and much cleaner fuel for a growing population of electric cars as renewable energy use spreads throughout the islands.

“A lot has to fall in place to make this all work,” Jim Alberts, a senior vice president for strategic planning for Hawaiian Electric, said in a statement. But he added that one sign of progress is that Hawaii will soon be “well past the halfway mark” to meeting its goal to be 100% reliant on renewable energy by 2045.

This may be the most stunning energy shift for Hawaii since 1881, when King Kalakaua traveled to New York to meet Thomas Edison at his home to see his remarkable incandescent lightbulb. A few years later, Edison also suggested a promising formula for a lithium-ion battery.

His battery idea made no impact at the time, but lightbulbs did. King Kalakaua returned to Honolulu to erect his Iolani Palace in 1882. Four years later, he electrified it, making it one of the world’s first royal residences to sparkle with Edison’s seemingly magic invention. Honolulu’s electric streetlights came next, in 1888.

But compared with other states, Hawaii found the economics of making electricity to be a heavy lift. It has long had the most expensive electricity prices in the nation. That’s because the state has no oil, natural gas, coal or large rivers that can provide hydroelectric power.

The bulk of its fuel for electricity generating plants—mainly diesel oil—has had to be imported from the continental United States. Some small generators burned wastes from sugar crops to make electricity.

Woody Rubin, president of a subsidiary of AES, an Arlington, Va.-based international power company that put together the PV (for photovoltaic) power plant, still finds himself describing it as a “new toy” that invites people to start “playing with it.”

His subsidiary, located in Boulder, Colo., found an interesting place to play. It built a smaller version of its first solar electric storage system on NREL’s nearby Flatirons Campus, where researchers work on electric grid integration issues.

There, NREL, an affiliate of the Department of Energy, had completed a “toy” of its own. It is a high-performance computing user facility, a very large computer coupled with the data and even a power source that can mimic the quirks of a given regional power grid.

“We were able to test this device as if it were in Hawaii,” said Przemysaw Koralewicz, an NREL research engineer.

Rubin brought in a model battery storage system and developed a control system using devices called inverters that change direct current stored in batteries to alternating current that could be transmitted on Kauai’s power grid and, at the same time, maintain its required voltage limits.

Then AES brought in some interested customers. One of them was the Kauai Island Utility Cooperative, which wanted a sophisticated solar array and storage facility. It helped Rubin tinker with the design and agreed to buy power if AES agreed to own and run the plant. That project was finished last year on a 150-acre former sugar plantation.

A number of events spurred the deal, including sharp declines in the price of large lithium-ion batteries and mounting consumer demand for solar energy as its price plummeted. Last June, the Edison Electric Institute, which represents the private U.S. power industry, gave AES its top award for “integrating photovoltaic cells and storage at unprecedented scale to transform variable renewable energy generation into safe, reliable, and readily dispatchable power.”

In accepting the award, Andrés Gluski, AES’s president and CEO, said the project had proved that solar plus storage can provide “around-the-clock renewable energy” and replace “traditional forms of power generation in many other markets around the world.”

Gluski suggested the first target would be to replace hundreds of conventional oil- and gas-fired peaker plants, but NREL experts say the market for the solar peakers will be broader than that because solar arrays can be big enough to help utilities cut down their fossil fuel needs during the day, as well.

Power plants that utility people refer to as peakers have been around for many years, but nobody seems to know exactly how many of them are in use at any given time. Utilities run over 1,800 generators in the United States. Most peakers have small power generating capacities, but sometimes, larger plants are brought in to handle seasonal demands, such as the growing needs for air conditioning as summers grow warmer.

“Other peakers operate frequently for brief periods during the year,” explained Glenn McGrath, who leads a team researching electric statistics and energy innovation at the U.S. Energy Information Administration. “Currently, there are only about a dozen batteries that have the duration to support peaking duty, but that is likely to change as more batteries are installed.”

After selling the output of his first solar storage peaker to the Kauai co-op, Rubin brought another customer into the NREL laboratory. It was the Navy, and it wanted something slightly different to supply power to an area including a base near Kekaha, Hawaii, which has a large missile test range. Naval experts worked with AES on the NREL computer and power simulator to tweak the design.

The result produced a solar peaker that could, in an emergency, shift into a micro-grid that can keep vital facilities at the base operating around the clock despite an island power blackout. According to Kauai’s co-op, which serves 33,000 customers, this version—planned for completion this year—will push the island’s use of renewable energy beyond 60%, giving it one of the cleanest power systems in the United States.

Just where Hawaii goes from here is not entirely clear, but the Trump administration, while it hasn’t been able to restore the declining coal industry, has just announced an energy strategy that may do what King Kalakaua did for Honolulu. It could make Hawaii’s emerging renewable electric generation and storage technology a model for U.S. energy modernization efforts for years to come.

On Jan. 8, Dan Brouillette, the newly appointed secretary of Energy, revealed what he calls the Energy Storage Grand Challenge. It is part of a $158 million initiative tucked away in President Trump’s 2020 budget that is supposed to create and “sustain American global leadership in energy storage.”

The goal, as Brouillette described it, is to establish “a secure domestic manufacturing supply chain that is independent of foreign sources of critical materials by 2030.”

Reprinted from Climatewire with permission from E&E News. E&E provides daily coverage of essential energy and environmental news at www.eenews.net.