Get Armed Police Out of Emergency Rooms 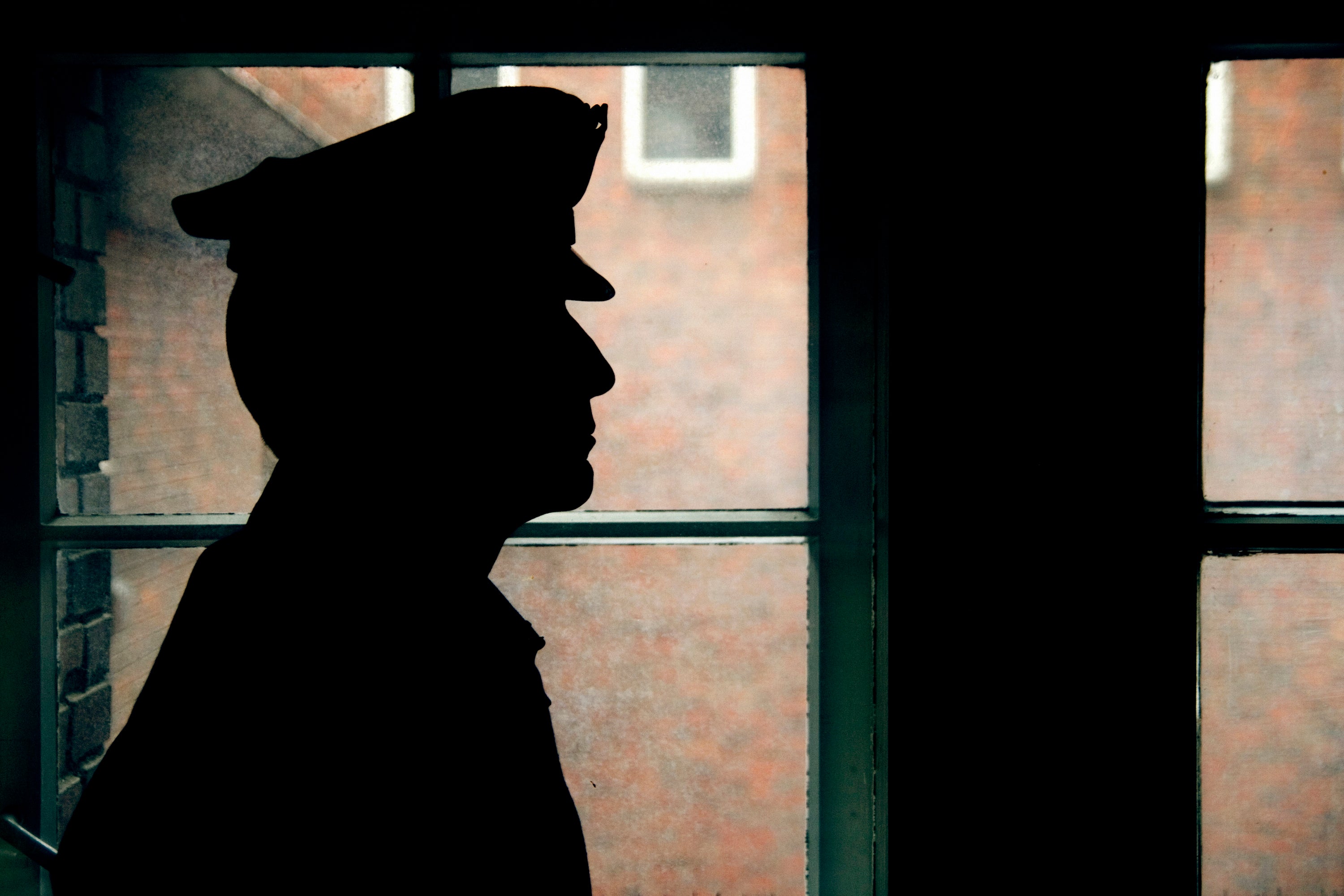 Last week, I towed first aid to a local protest championing the Movement for Black Lives. I felt elated to witness the coalescence of community, but as a street medic I was too anxious to enjoy the walk. That morning, our surgical service had sent out a department e-mail outlining hospital protocol for mass casualty provisions in preparation for the event. The civilian protestors were not the ones we were afraid of.

These days, I am so much more aware of the police in our emergency department. I know that across the nation, their counterparts have filled hospital beds with cracked skulls, shattered femurs, ruptured eyeballs. I’ve seen videos of police cars driving into fields of screaming people; heard audio of Brooklyn police officers directing subordinates to “shoot those motherfuckers,” to “run them over.” The American Academy of Ophthalmology has called for an immediate injunction against rubber bullets, and tear gas has been banned in international warfare. Still, I watch American police fire both into crowds.

This week in the emergency room where I work as a physician, I looked up to see a policeman lock a woman to a hospital gurney. My new patient had cuts on her mouth and face where the officer had held her down against asphalt. Through my shift, I kept one eye trained on his sleek firearm. I realized I was scared of him. I was scared of what he could do to me and the people I take care of. As an emergency medicine physician, I am ready for a world in which intersections between medical care and the carceral state are eliminated. I think this will be a safer, kinder, more compassionate place to practice medicine.

I don’t like armed police in my department, and there’s good evidence to suggest that guns shouldn’t float around the emergency room. Data show that increasing the carriage of weapons doesn’t correlate with a decrease in hospital violence. In fact, 23 percent of emergency department shootings involve someone attempting to take a weapon from a security officer.

Still, hospitals continue to arm their guards. A 2014 survey reported that security officers carry handguns in 52 percent of hospital institutions, while 47 percent use Tasers. That’s almost four times estimates found in similar studies from 2011—just three years before. This presence of armed police—who rarely receive training to work in medical settings or instruction on de-escalation tactics—changes the tenor of conflict in the emergency room. If a patient swings at me, it’s a health care incident. But if the same fist is swung against even an off-duty officer, the encounter is subject to criminal investigation. Tasers too, can only be discharged if a patient is going to be charged with a crime. This transforms what could otherwise be considered a medical symptom into a legal offense—even if only to retroactively justify a guard’s use of force. This may indirectly incentivize criminal punishment, compounding harm against patients who are lashing out because of illness.

Medical centers are right to be concerned about security, but there are many other measures—like tighter visitor management and more stringent security screenings—that can be mobilized before we populate the emergency department with munitions that contradict the environment of healing hospitals seek to create. Studies show that verbal de-escalation can work far more successfully than physical coercion. At Massachusetts General Hospital, one of the nation’s premier medical institutions, security personnel are required to undergo extra training and carry only pepper spray—which has reportedly only been used 11 times over a decade. The most dangerous weapon officers carry in the busiest emergency departments in New York City? Plastic wrist restraints.

Violence in the emergency department draws its trigger from many factors. Rocketing rates of unemployment and a bafflingly broken American health care system mean that people across the country are forced into poverty, face up to 16 hours in overcrowded emergency department waiting rooms, and are made to fear viscerally for the health of themselves and their loved ones while suffocating from the anxiety of lack of insurance and medical bankruptcy. In addition, We have a crisis of mental health in our country. But absent adequate resources to support treatment, psychiatric patients are abandoned without hope for recovery. As result, they arrive at our emergency departments sicker, more afraid and more aggressive.

Weapons do damage, even if they’re never fired. Clinicians shouldn’t be encumbered with concern that colleagues could bring guns into chaotic situations or against sick patients. Patients, too, shouldn’t be hauled into weaponized environments in times of crisis, where the visibility of armed guards may very well intensify the paranoia and distress for which they need urgent medical treatment. Changes to policing should be put in place to protect those who are sick.

This commitment to care should exist beyond the hospital, and begin with any call for help. Police, unlike doctors, never take an oath to do no harm. They are not trained to treat distraught or sick people, but they respond frequently to health crises. Often, they arrive at the scene of emergencies even before EMS personnel. This can be deadly for patients.

In 2016, Hope Coleman called for help because she was scared for the health of her son, a 31-year-old Black man with paranoid schizophrenia who had been standing outside in the cold for hours. The Boston police officers called to facilitate Terrance Coleman’s protection killed him outside his home after he struggled with two EMTs. A year later, California officers executed James Hall, a 47-year-old blind and mentally ill man who was sheltering in a convenience store when police opened fire. These are just two examples of many. Psychiatric patients are 16 times as likely to be victims of police brutality; one of every four of the 1,000 people killed by U.S. police every year is mentally ill. Many of these patients could have been saved if reforms—like those in the state of Oregon and the city San Francisco were in place nationwide. Both dispatch weaponless advocates instead of armed police to community issues of mental health and homelessness.

As a start, however, it is imperative that police refrain from intervening inside the places that are meant for healing. A viral video from 2017 showed Utah nurse Alex Wubbels being assaulted and arrested by Detective Jeff Payne after she refused to draw blood on an unconscious patient. Sara Beltran-Hernandez and Tania Romero were threatened with deportation despite being on active cancer treatment plans. Because of cases like these, immigration attorneys report that a majority of their clients refuse to seek help, even in cases of emergent medical crisis.

Perhaps more memorable is the 2016 case of Alan Pean, a 26-year-old Black college student with bipolar disorder who was singing naked when two off-duty Houston police officers stormed into his hospital room and shot him in the chest before handcuffing him to a gurney. Similar assaults happened to Jonathan Warner—left paralyzed at 28 after being shot in the spine at Lynchburg General Hospital—and to Ruben Jose Herrera, another 26-year-old with bipolar disorder who was killed by a Los Angeles police officer in the middle of the Harbor-UCLA Medical Center emergency room.

What’s behind such incidents? A close look suggests that the problem isn’t that a few bad apples cruelly misuse their power or make mistakes in the heat of the moment. It’s that these events happen because police do their job as they’re supposed to. In all the cases mentioned, the actions of officers were deemed justified as some variant of “proper exercise” of self-defense.

Whenever policing is present—inside or outside the hospital—cases of abuse are present. The bigger issue is that we give police lethal power in the first place. Officers are granted the power to kill, to kneel on the back of someone’s neck until they are begging for air. This kind of force has no place patrolling our hospitals or being dispatched to patients in the community. It doesn’t make me or my patients feel safer.

Yes, as an emergency medicine doctor, I am scared sometimes. From 2000 to 2011, there were 154 hospital shootings that resulted in the injury and death of 235 people. Forty-four of these incidents happened in the emergency department. (Mal)nourished by a steady diet of hospital graham crackers and an embarrassing inability to cook for myself, I weigh 115 pounds and stand at 5 foot 5 inches. I’ve been a victim of inappropriate behavior in the hospital before. Certainly, there have been times when I am grateful for the presence of security guards in the ED.

In recent years, U.S. hospitals have reported increased rates of violence against staff. But instead of responding with a force of Taser-toting police, it behooves us to tackle the problem at its source. It’s important to remember that two major emotions at play in the emergency department—fear, and frustration—reflect the bigger picture of American inequity.

The people we see regularly in the emergency department have frequently been forced into terrible situations that leech hope and grace out of them on a daily basis. This doesn’t mean bad behavior doesn’t exist, and it doesn’t give patients an excuse to treat ED staff like garbage. But I do firmly believe that when patients do unacceptable things, very often their actions can be traced back to illness, fearful desperation or curdled suffering. Guns don’t solve social inequity, and policing precludes us from a healthier society.

On my first shift in the pediatric emergency department, a Black boy, fastened to a gurney, arrived with a paper helmet smashed over his face to prevent his spittle from flying into the air, into our faces. His 12-year-old frame came flanked by grown men in uniform. When I met him, he was not resisting. Just locked in place with anger seared across his face. Glaring. I figure, this is how he begins to learn that only some lives matter.

In the hospital, we have a great and rare opportunity to create a world that is kinder, safer and sweeter than the society outside its walls. We have the power to construct a haven, buffered by our protection, that renders every individual as valuable, good and cared for—even just for a moment. It is imperative that we use this authority to create a place where lives are not thrown away. A place, for example, where Black Lives Matter.

WHAT CAN DOCTORS DO?

Here are some concrete actions providers can take to reduce the presence of the criminal justice system in the hospital:

Lastly, fight actively to combat your own prejudices. It’s easy to point fingers and criticize, but doctors mobilize all the same injustices and inadequacies in the hospital that police do in the streets. The color of a patient’s skin does affect the way physicians think about restraint and control, reinforcing in providers our own habit of treating Black and brown patients as incompetent subjects. These biases stop doctors from treating pain equally—even in children. It hinders them from caring for Black women as they bring life into the world. When physicians depend on patients to correct their own biases, they force patients to be responsible for saving their own lives when they have come to the hospital for care.