The 10 Best Sandalwood Perfumes of All Time

As if 2020 Wasn’t Enough, Climate Change Is Now Raising ‘Zombie Storms’ From The Dead

We Finally Know How Much Radiation There Is on The Moon, And It’s Not Great News 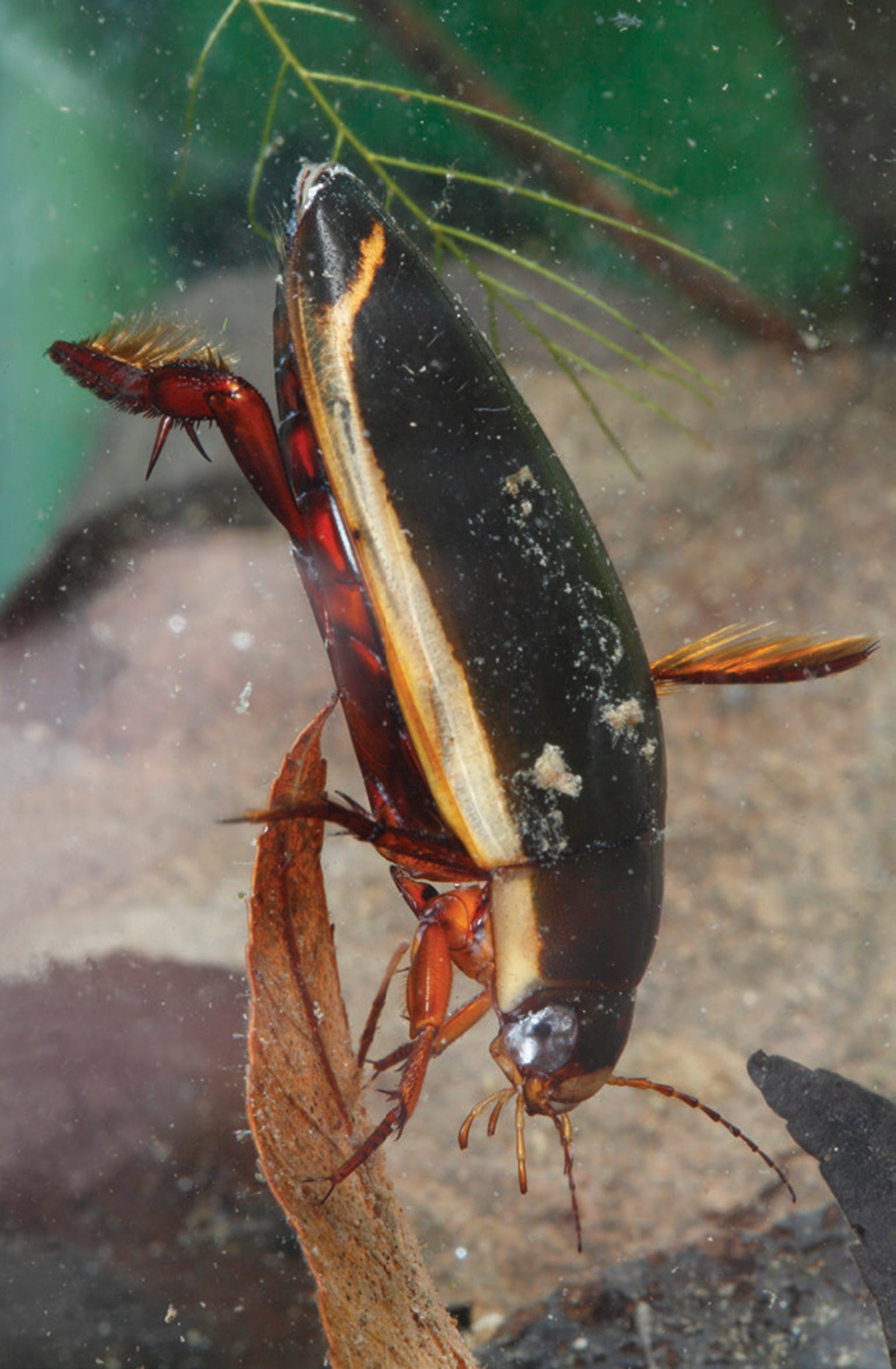 When ecologist Jose Valdez and his team released 10,000 tadpoles to populate a new conservation site in Newcastle, Australia, they surrounded the area with a mesh fence to keep out hungry snakes, birds and mammals. But they hadn’t considered much smaller predators: diving beetles. The researchers soon began to witness the insects’ violent attacks, and three years later only a handful of frogs remained. In two recent papers, Valdez, a researcher at Denmark’s Aarhus University, and his colleagues documented the beetles’ devastating predation tactics and possible implications for conservation efforts.

Predators are usually larger than their prey, with vertebrates such as amphibians typically doing the eating when it comes to insects. Although role reversal has been reported—such as praying mantises consuming lizards—scientists consider this rare. Valdez suspects insects’ predatory behavior has been underestimated, however. “Our two studies show that perhaps they may have a big effect,” he says, “especially for endangered species with small populations.”

It is unusual to see insects hunting in packs. But while monitoring one pond at night, Valdez saw about 12 adult diving beetles surround a tadpole and quickly pull it apart. “I was shocked at how viciously and quickly these beetles took down a much larger tadpole,” he says.

The researchers also noticed that certain diving beetles laid their eggs inside frog egg clutches, seemingly timed to hatch so the insect larvae could hunt down newborn tadpoles. The beetle larvae killed up to three tadpoles an hour, often discarding a half-eaten one if another was close by. “None of these behaviors were documented before,” Valdez says. His team detailed its work last December in Entomological Science and online last August in the Australian Journal of Zoology.

Because insects are small, their predatory behavior is easy to miss—and they often attack in difficult-to-observe settings, such as at night or underwater. But such assaults are emerging from the shadows: recent studies have documented praying mantises regularly eating small birds, as well as giant water bugs consuming vertebrates such as turtles, frogs and snakes in Japanese rice fields.

Insect predation could play a hidden role in declining amphibian populations. The International Union for Conservation of Nature estimates that at least 40 percent of amphibian species are threatened with extinction; Eric Nordberg, an ecologist at James Cook University in Australia, says attempts to protect them typically focus on environmental factors such as habitat loss and invasive species, whereas the impact of invertebrate predation is understudied.

Next, Valdez plans to quantify diving beetle predation on various amphibians. He will analyze insect gut contents and use cameras to capture more of the behavior. “We may finally begin to recognize their role in shaping vertebrate communities,” he says.

Tunnels Would Be Cheaper than Police

We Finally Know How Much Radiation There Is on The Moon, And It’s Not Great News

SARS-CoV-2 Seems to Block Some Pain Signals. Here’s Why This Is Important

Is there Really Life on Venus? There’s Only One Way Know for Sure